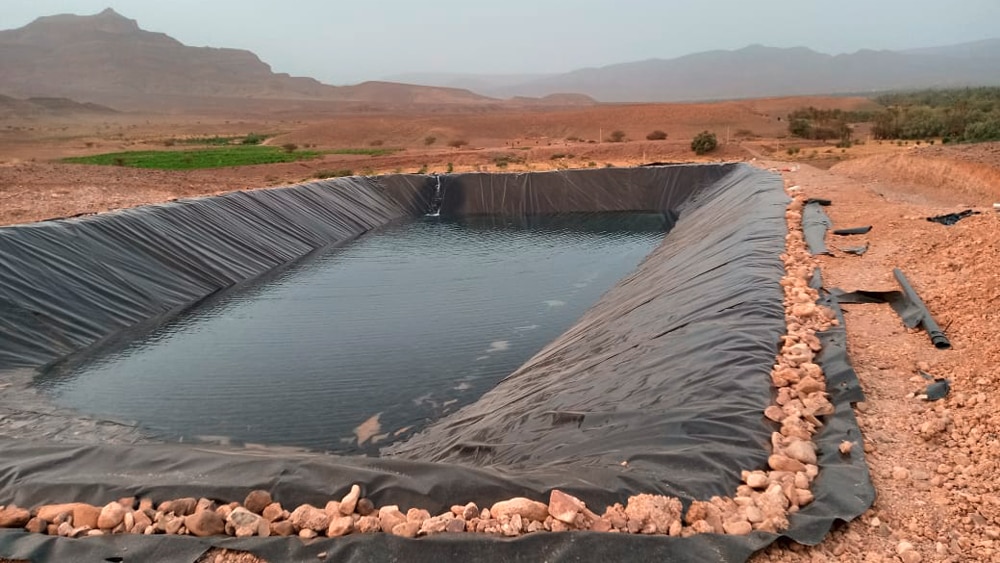 Mohamed Darbali is a 24 year old man who lives in Zagora, an oasis city in southern Morocco. After he completed his final exams for Life Sciences and Geography, he began studying Physics in 2014 at the Semlalia Department of Natural Sciences in Marrakesh.

However, Mohamed wanted to work independently so he ended his studies early and founded his company DARBALI SERVICES in 2017. His company focuses on welding and supplying plastic welding membranes, as well as installing irrigation systems and solar panels.

He has already successfully implemented several projects and was able to get back to his studies in 2019, however, he changed his major to Economics instead of Physics.

In an interview with Rachid Benlakhouy, Leister Sales Manager for Africa, he explains how he came upon the idea for his business, why he relies on Leister equipment and what he has planned for the future.

How did the idea of installing water reservoirs and irrigation systems in Morocco come to fruition for you?

Just as in the rest of Morocco, agriculture is very important in Zagora (Mohamed’s home town). In particular, red watermelons are grown there, which require water reservoirs and drip irrigations systems in the melon fields. Furthermore, the national «Plan Maroc Vert» is a strategic plan that was put in place for the entire country and the development of agriculture.

How do you assess the growth potential for these irrigation projects over the next 10 years?

We expect significant growth in the number of irrigation systems for the agricultural industry to take place over the next year as part of the nationwide project, «Plan Maroc Vert». There is a huge need for High Density Polyethylene (HDPE) water reservoirs, which are required for drip irrigation systems. Despite all that has been accomplished in the last 20 years, there is still a lot more to do.

What steps were involved to create your company and set up irrigation systems?

We relied heavily on the guidelines of the Moroccan National Agency for Employment and Qualification (ANAPEC) in Zagora (Morocco) and we followed their recommendations and the legal requirements to create a company. The ANAPEC agency helped us implement the business plan and I led the financing, with donations and contributions from my business partners.

How many people work for your company? 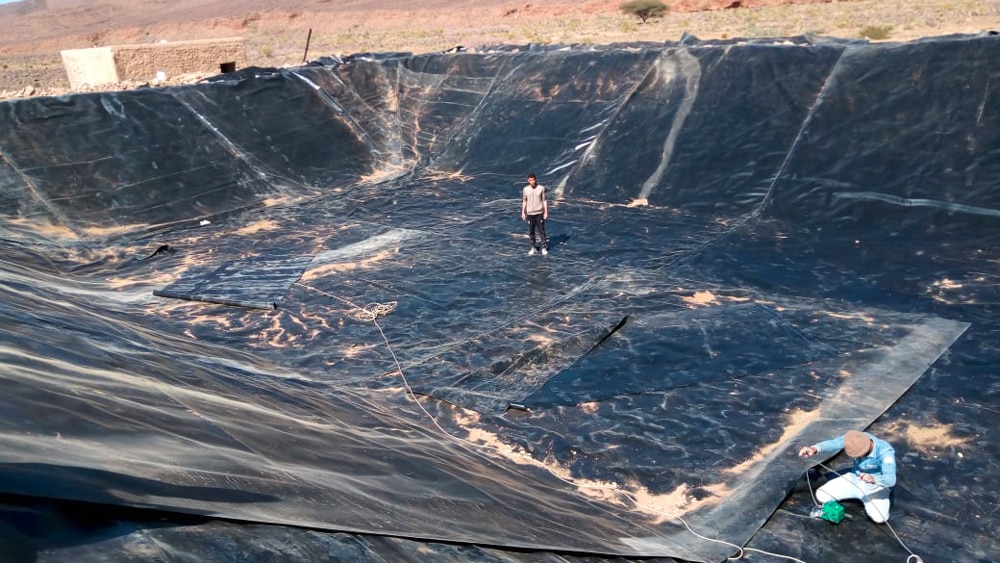 There are three of us; I am the CEO and take care of all commercial and financial activities, while my business partners work with me on the job sites. If needed, we hire temporary employees for larger projects.

What machines do you use to weld geomembranes?

We use Leister tools and welders exclusively. Since the beginning, we have been equipped with a complete set of welders, including a COMET automatic welder, a FUSION 3 hand extruder and a TRIAC ST heat gun.

Why did you choose to use Leister tools?

Leister equipment is known in the Moroccan market for its high quality and efficiency. With Leister tools and equipment, welding is quick and reliable. Additionally, Leister's Swiss quality is held in high regard by all users in the Moroccan market. When I first saw Leister welders in action for myself several years ago, I was excited with how great they were and how quickly they worked.

Where did you buy your Leister equipment from? 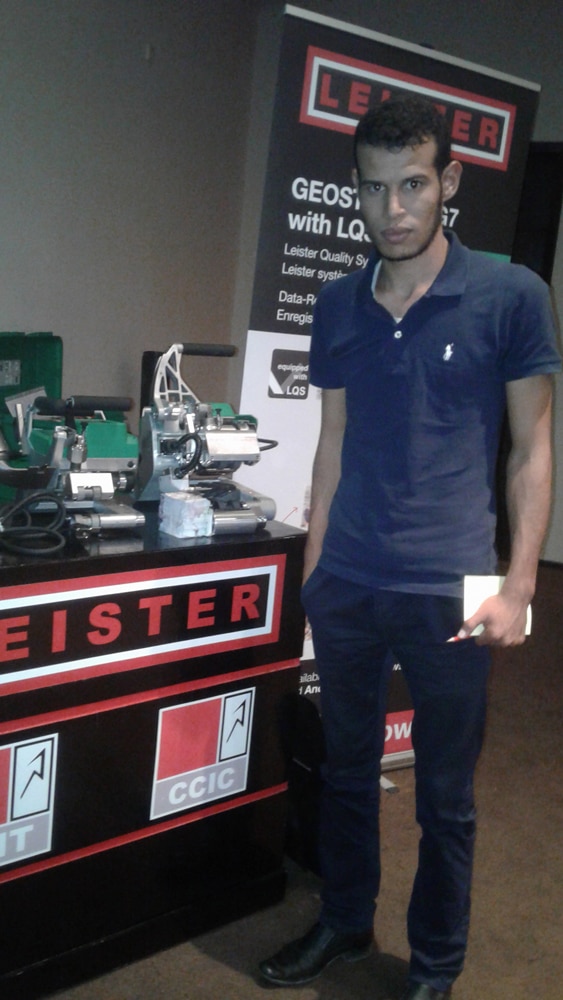 Leister is represented in Casablanca by AFIT-CCIC (editorial note: a worldwide Leister distributor), and it only made sense for us to buy our equipment from them. Thami el Masmoudi from AFIT-CCIC provided me with very good advice, and when I saw the equipment in the customer workshop, my decision was clear: Buy new Leister devices from the local distributor in Morocco.

Do you know how many HDPE water reservoirs you have installed since then?

From the time we started (April 2019) until March 2020, we have installed 17 High Density Polyethylene (HDPE) water reservoirs. So more than one reservoir per month. Most of these reservoirs are located in my home town of Zagora and I’m proud to contribute to the development of this part of Morocco.

What services do you offer in addition to laying and welding geomembranes?

I work on the planning and execution of irrigation and well construction projects. Additionally, I offer complete solar panel systems, including studies and installation. I also work on green projects as well, in effort to help the environment.

What challenges have you come across?

The biggest challenge has been acquiring customers across the entire country. We can only do this by proving ourselves day by day and project by project. In effort to attract new customers, we rely on advertising in newspapers and social media platforms like Facebook. Additionally, we utilize WhatsApp to communicate with new and current customers. Word of mouth also plays an important role, as it is one of the most trusted ways to prove our worth and reliability.

What are your plans for the future?

We’re working on executing projects across all regions of Morocco, and in the near future, other African countries as well.

Thank you for the interesting interview. We are very impressed with what you have accomplished in such a short amount of time. We wish you and your colleagues continued success and hope you have many exciting projects in the future.

If you have any questions or you are in need of Leister products in Africa, please contact Rachid Benlakhouy directly.