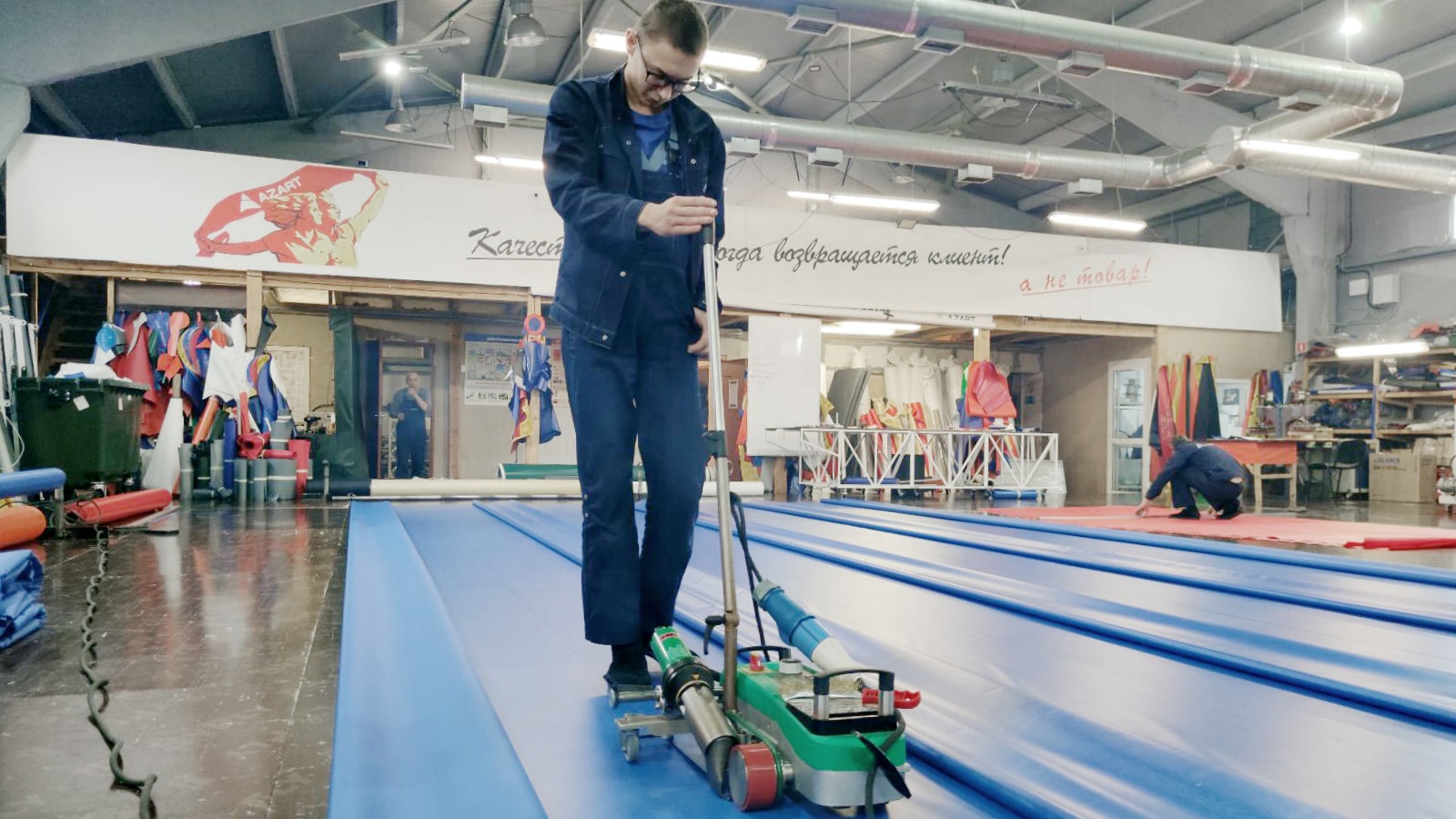 The AZART Group of companies has its headquarters in St. Petersburg in Russia and has been manufacturing inflatable products made of PVC fabrics for state authorities and the entertainment industry for over ten years. In recent years, AZART has continuously expanded its product range and is now successfully represented on the market in various sectors.

The AZART product range is broadly diversified: Inflatable tents, larger tent complexes, pontoons filled with water, rescue equipment for work on and under water, even inflatable hangars are manufactured by AZART. Customers are state authorities such as the Ministry of Emergency Situations, the Navy, the Ministry of the Interior, the Ministry of Defense, as well as industrial companies and private individuals.

In emergency situations caused by natural disasters, for example, forest fires, floods, earthquakes, etc. there is a need for accommodating helpers and those affected within a short time. Inflatable tents are suitable for this purpose, as they can be erected quickly and easily, providing space for the first medical care of affected people and for all those who are deployed as helpers on site.

Tents for Parties and Events During Undesirable Weather like Rain

Inflatable tents are also in demand for larger events. In summer they are often set up as an alternative to rainy weather so that the company anniversary or the 50th birthday does not fall through.

AZART also supplies inflatable trampolines as an attraction for children, larger inflatables in water parks for commercial use and inflatable figures for advertising and events. Design and size are almost unlimited, so that even the most unusual wishes can be fulfilled.

Inflatables from AZART are not only well known in the Russian Federation but are now also supplied to other countries.

Leister Products in Use at AZART

To weld PVC tarpaulins tightly and permanently together, AZART needs the right equipment.

"Customer satisfaction is AZART's highest priority. That's why we make sure that we only deliver outstanding quality.", emphasizes Mikhailov Evgeniy, AZART plant manager. To ensure this, AZART relies on globally proven brand products for equipment and machinery and on high-quality European plastic films and tarpaulins for materials.

When AZART bought its first Leister SEAMTEK 900 AT Stationary Welder in 2019, everyone who worked with it was so enthusiastic that they wanted to work only with this Leister machine. The quality of the weld seams, the speed with which even complex shaped inflatables can be welded perfectly and the SEAMTEK 900 ATs user-friendliness was very apparent at AZART.

"The Leister welding machine convinced us so much that we decided to sell our other machines and replace our equipment completely with Leister products.", says Denis Ivanov, General Director and owner of AZART.

All Work Completed with Leister Welding Machines and Heat Guns

Today AZART carries out all main work with the following welding machines and heat guns from Leister.

Advantages of the SEAMTEK 900 AT

Production managers and various employees have completed several training courses on SEAMTEK welding machines and are pleased with the various advantages of the SEAMTEK 900 AT when welding lap seams, hems, piping and tape overlay welds. Here are the most important advantages at a glance: 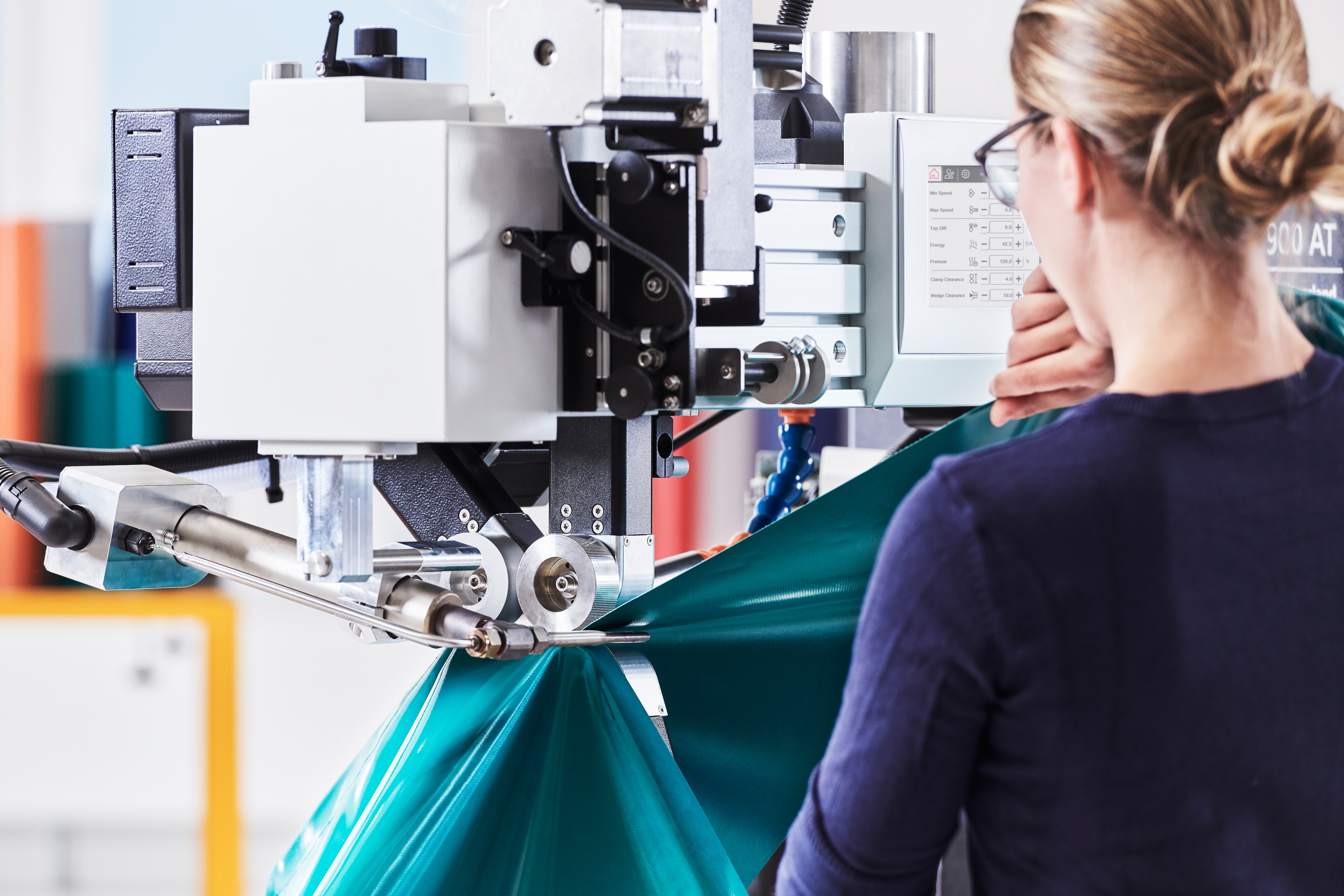 The intelligent design of the SEAMTEK 900 AT allows almost any welding application. The low-maintenance machine is manufactured with the usual Leister quality. Thanks to its sophisticated multi-arm system, it is configured precisely in record time to generate a high-quality seam in every situation. The huge selection of different drive rollers, nozzles and guides guarantees the greatest possible flexibility. 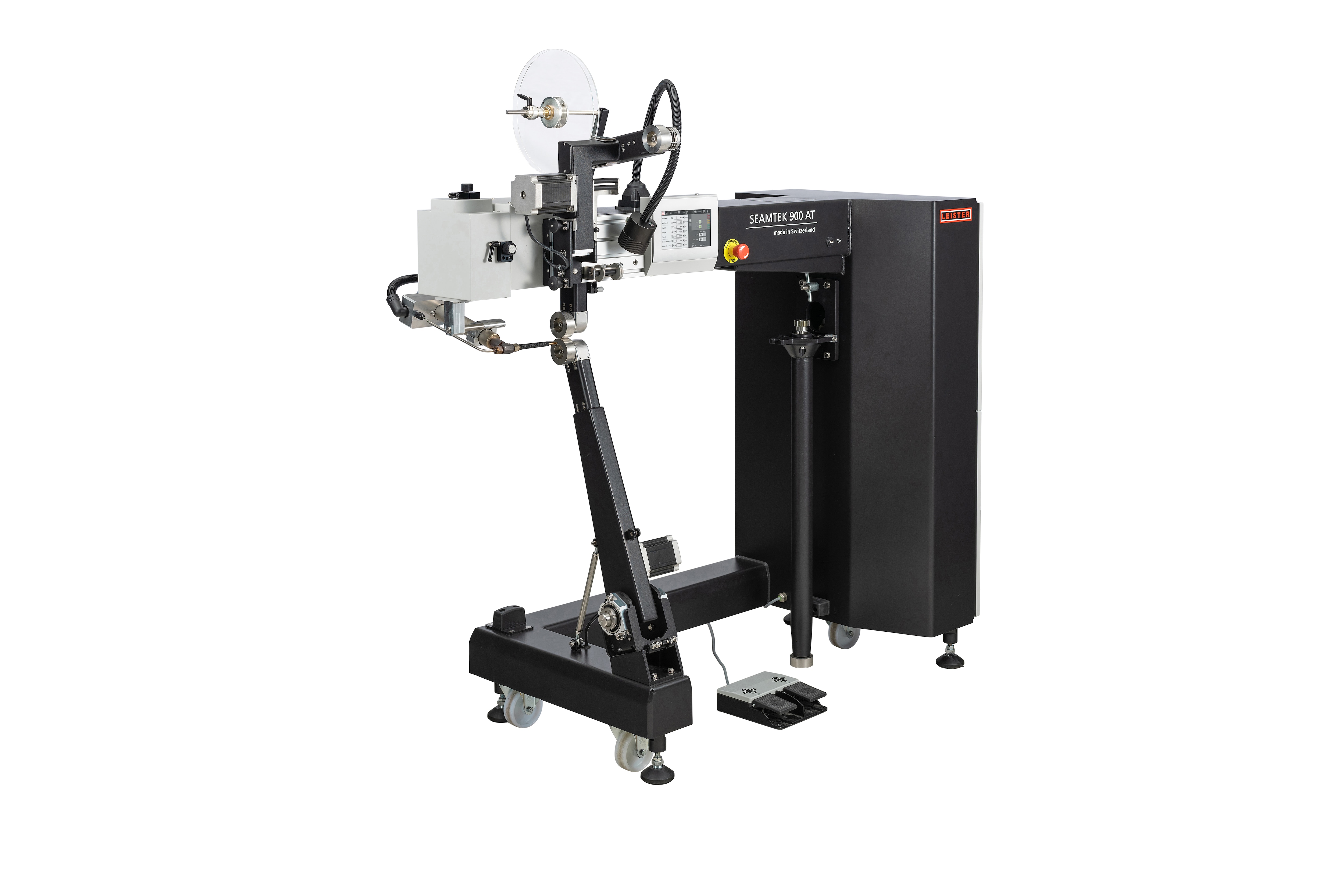 Learn more about the SEAMTEK 900 AT
Order now